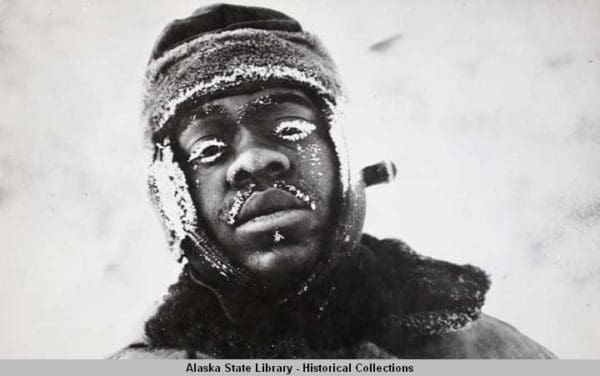 This post emphasizes the history of Black and African Americans in Alaska, with links to a variety of resources. Despite persistent lack of diversity in publishing, good regional books by and about Blacks and African Americans in Alaska do exist. Some are by smaller presses or self-published, and some are out of print. This post represents a beginning point and is not comprehensive. Please, contact me with any corrections or additions.

To be white in America is to be dangerous, often without knowing it, similar to the way being infected with COVID-19 is so dangerous before symptoms emerge. The article, Asymptomatic Lethality: Cooper, COVID-19, and the Potential for Black Death, clarifies the intersecting links between race, racism, and privilege during our current twin pandemic of COVID-19 and police brutality against Black people in America. It’s an excellent, important read to understand how just being white in a society with hundreds of years of entrenched, structural racism, still confers great risk of harm to BIPOC (Black, Indigenous, and People of Color), now more than ever.

Racism is so much more pervasive than a set of conscious attitudes and beliefs. The homicide of George Floyd in Minneapolis has laid bare long simmering tensions around police brutality in the U.S. For a white person to describe oneself as “not racist” belies the fact that most are completely unaware of the extent to which America was built on the backs of BIPOC, and that most white people continue to benefit, often unaware, from a history of racism built into the structures of American society. To be unaware that racism is still a big part of American society, and to have to make conscious effort to learn about it, is a privilege, and a responsibility. Helpful to understanding and dismantling racism, is expanding horizons of knowledge about the contributions of multiple ethnic groups to our modern world, especially those we live among. 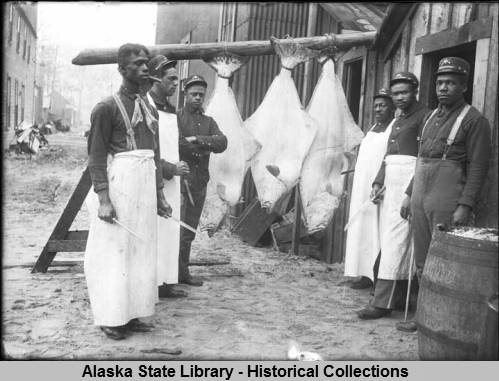 From whaling captains to military highway engineers to attorney and legislators, African Americans came early in the history of the territory, and helped develop the state as we recognize it today. 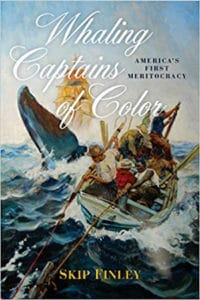 Black whalers were some of the first people from the east coast to see Alaska, starting in the early 1840s, as well as first African Americans in Alaska. The book, Whaling Captains of Color: America’s First Meritocracy, by Skip Finley, explores the history of African Americans on board the whaling ships as Captains. And then there was the U.S. Revenue Cutter Service, precursor to the U.S. Coast Guard. 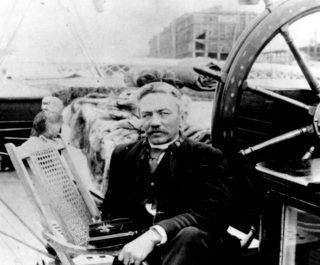 Captain Michael A. Healy was the first African American to command a USCG Vessel. Healy was effectively the law along Alaska’s thousands of miles of coastline during the late 1880s.

Captain Michael A. Healy commanded the U.S. Revenue Cutter Bear, serving as judge, doctor, and police on the Bering Sea. Healy was the son of an Irish immigrant and slave wife, although his slave origins were not known to the Coast Guard until more than 60 years later, in 1971. Healy defended the law on the waters against poachers and liquor traders, transporting government officials, guarding lives onboard whaling ships. He held sympathy for those in need, with particular interest in Alaska Natives. He helped transport over 1200 reindeer from Siberia to Alaska, which later multiplied, to estimates of over 1/2 million reindeer. He is a legend within the history of the USCG.

In 2012, retired educator Jean Pollard worked with Lael Morgan and others to develop the Alaska Highway Project to collect and share stories and student lesson plans about the regiments of African American soldiers who helped engineer and build hundreds of miles of the remote Alaska (Alcan) Highway over an 8-month period, including bridges. The powerpoint slideshow, “Alaska 1942: Uncovering the Story of the Alaska Highway” captures this story memorably. They succeeded in building a most remote stretch of road with much less equipment and support than their white counterparts in segregated units. The service of these African Americans in Alaska contributed to eventual desegregation of the Armed Forces throughout the U.S.

In 2018, Epicenter Press published a book on this topic, We Fought the Road, by Christine and Dennis McClure. The book lends belated recognition to these men. See the review in ADN by David James from 2018. 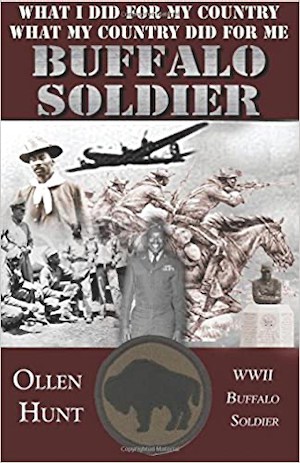 Veteran Ollen Hunt wrote a book, Buffalo Soldier: What I Did for my Country, What My Country Did for Me, first published in 2006, about his experiences in the military. He moved to Alaska after retiring from the military in 1964, and lived until 2014.

In southeast Alaska, Alaska Native Elizabeth Peratrovich fought successfully to win the Anti-Discrimination Act of 1945, one of the first such laws in the country to make it illegal to discriminate based on race. However, housing segregation in Anchorage and other places continued via lending practices until the 1968 Fair Housing Act. In Anchorage, most African Americans and Alaska Natives lived in Fairview, Mountainview, and Eastchester Flats. Knowing the history of housing segregation is essential to understanding contemporary demographics. Some of this history is covered in the recently published Black History in the Last Frontier, by historian Ian Hartman, with a foreword by Ed Wesley. 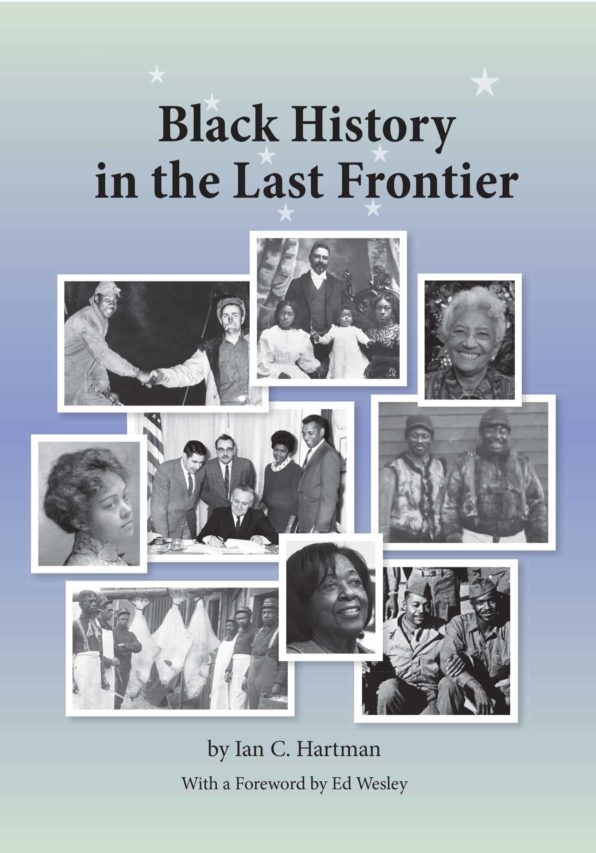 Black History in the Last Frontier tells of African Americans in Alaska who actively contributed to early development, especially Anchorage. Alaska Public Media interviewed the author in their show State of Art: New book examines African American history in Alaska. The interview hints at some interesting stories. The first Black attorney in Alaska, Mahala Ashley Dickerson, as well as one of the wealthiest people in Alaska prior to the oil boom, Zula Swanson, were both Black women. If you’d like a copy of this book (it’s FREE), reach out to Janet Clemens, the National Park Service contact in Anchorage, at janet_clemens@nps.gov. An electronic version of the book along with seven profiles will be made available on their website (check back for the link, coming soon).

In addition to archival material, the author of Black History in the Last Frontier references Everett Louis Overstreet’s book, Black on a Background of White: A Chronicle of Afro-Americans’ Involvement in America’s Last Frontier, Alaska. This was published in 1988. It is out of print, however, it is available through several Alaska libraries, or occasional used copies can be found online.

The HistoryMakers make African American Video Oral History. They came to Alaska in 2018 to interview eleven Alaskans. The link includes interview material from many others with ties to Alaska as well.

Policing in Alaska and the North

In Alaska, an excellent recent radio interview on Alaska Public Media with psychologist Dr. Ebony McClain, explores the way racism impacts the mental health of Alaskans, and who is trusted to provide care and safety. How parents teach their children about interactions with police varies considerably due to the history of police brutality. And Alaska has not been immune to concerns about police violence.

On Instagram, @tulukaruq made good use of source material from Mapping Police Violence to create a post on Police & Prison Violence in Alaska. She points out that Alaska’s rate of police killings in recent years is among the highest nationwide, for both Blacks and Indigenous people, as well as overall. Understanding this is important as our state grapples with its profound lack of safety for women, especially women of color: will increasing police presence solve the problem of violence against women? To learn about failures in police conduct in Canada, see especially Seven Fallen Feathers, reviewed in While Nanabijou Sleeps: Tanya Talaga on racism and survival of Indigenous youth. How to improve safety for women without increasing risk of police violence is a difficult, complex, and necessary discussion to have within the state.

One of the more prominent books gaining recognition nationally this month is Ibram X. Kendi’s How to Be an Anti-Racist. Anti-racism recognizes that racism is rarely a conscious choice but rather a societal structure we are all born into. Anti-racism is the consistent, daily process of working to change those structurally enforced thought patterns and institutions to build a more just world. For some, it is a process of waking up from a fog.

Much of the current literature around dismantling racism builds on prior work by Black and African American authors, many of which were published by small presses. For titles and cover images of some lesser known but significant works of poetry, essays, and stories by African Americans on topics of social justice, activism, police brutality, and human rights, see this post, Social Justice: A Reading List from the Community of Literary Magazines and Presses.

Building on the work of African American authors and activists

Iñupiaq writer @Cordelialaska has made several Instagram live stories featuring several books listed in some of the above links; she eloquently links the struggles to end slavery, Jim Crow, and American racism with struggles faced by Alaska Natives. And Dr. E.J.R. David, lifelong Alaskan and Associate Professor of Psychology at UAA, has written several books addressing mental health, psychology, and internalized oppression, including most recently in 2018, We Have Not Stopped Trembling Yet: Letters to my Filipino-Athabascan Family.

Many contemporary Civil Rights issues affect multiple groups. Here is a link to some history of Jim Crow laws in Alaska. For more about Elizabeth Peratrovich and desegregation of housing and schools in Alaska, see Civil Rights Heroine: Review of Fighter in Velvet Gloves, written by Annie Boochever with Roy Peratrovich, Jr. 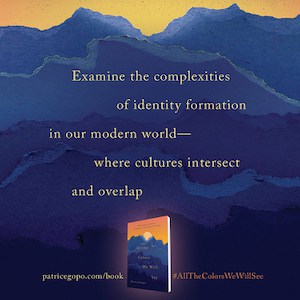 All the Colors We Will See, by Patrice Gopo, daughter of Jamaican immigrants, was published in 2018. It was one of Anchorage Daily News’ top picks for the year. Here is the ADN book review from October 9, 2018.

The Rabbits Could Sing: Poems by Amber Flora Thomas is one of several books of poetry by Thomas. She wrote this while living in Fairbanks, and it was published by the UA Press as one of its Alaska Literary Series selections of 2012. From Northern California, Thomas is now in North Carolina. She has also had several poems published in the Alaska Quarterly Review, as well as other books of poetry.

Black-owned bookstores and other businesses

If you decide to buy any books you learn about in this post, consider purchasing them from Black-owned bookstores. Below is a map, or if you prefer, here’s a current list from LitHub, an older, longer list from the African American Literature Book Club. For Alaska businesses in general, check out the recently updated Alaska Black Business Directory. 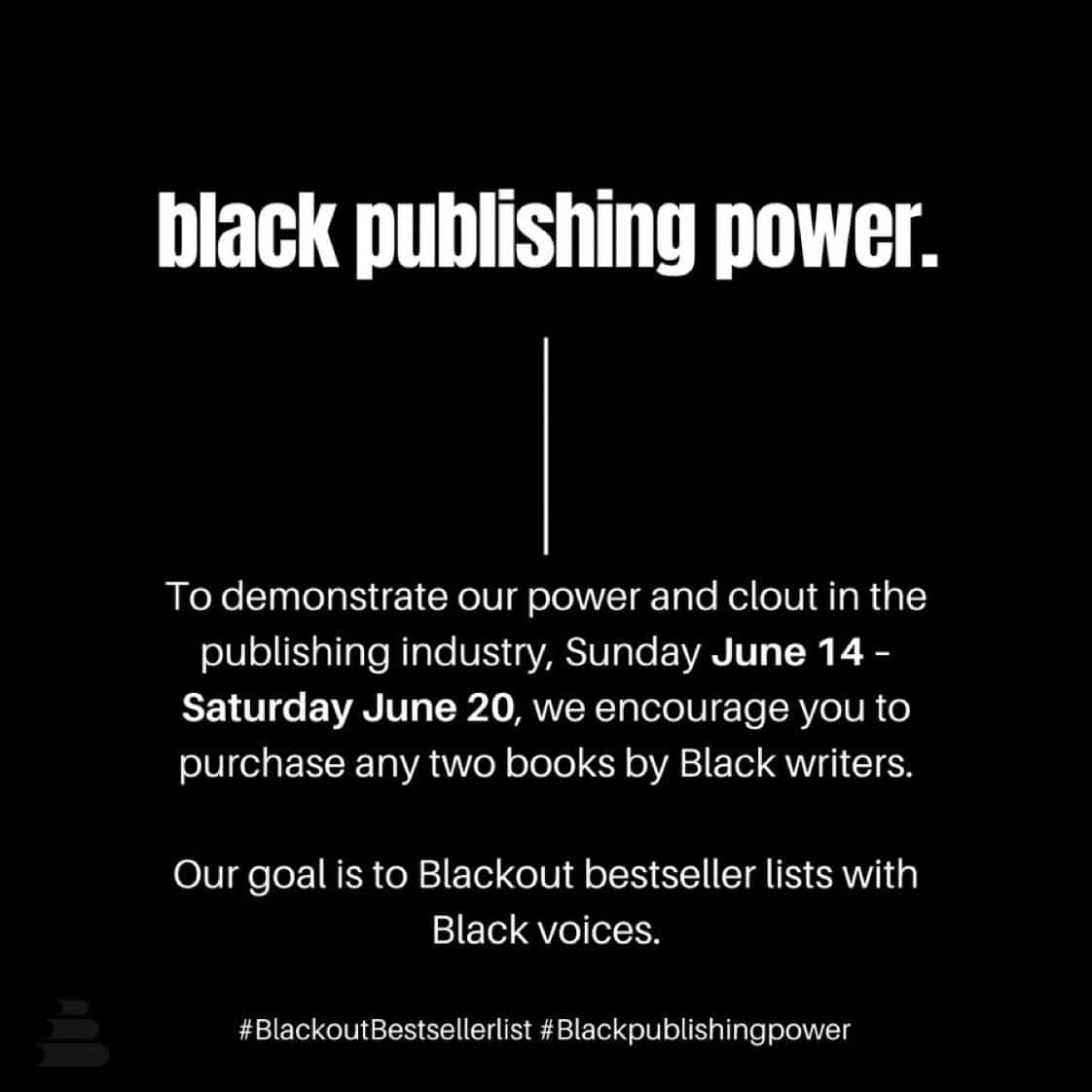